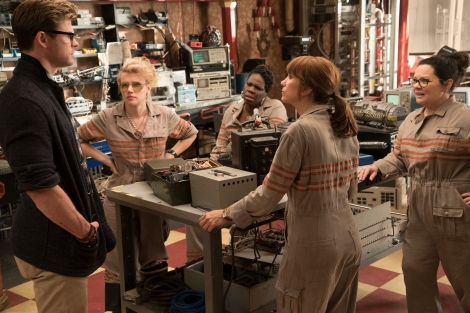 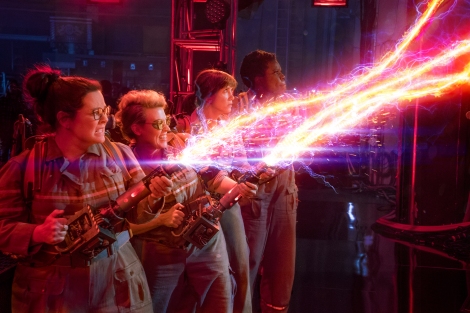 Ghostbusters takes us to New York where we follow physicists Abby Yates and Erin Gilbert, two friends that co-authored a book that asserts the existence of ghosts in this world. Gilbert disowns the work as she works as a professor at Columbia University, while Yates continues to study the paranormal at a college with engineer Jillian Holtzmann. When Gilbert reunites with Yates and assists with her and Holtzmann in a paranormal investigation, they have an encounter with a ghost, leading her to join the two of them in the project, along with subway worker Patty Tolan, as they begin to learn the reason behind the increase of ghost activity and what it means for the city. 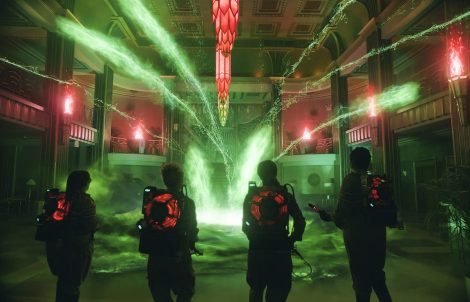 Ghostbusters is the latest film from Paul Feig which has stirred up a ridiculous amount of backlash before release, in particular it reached its peaked when the first trailer was dropped back in early March. With Ghostbusters on its final legs of its cinematic run here and a sequel looking unlikely due to its box office numbers (over $227m worldwide) I decided to finally check out this modern take of the 1984 original.

The CGI designs for the ghosts that appear in this film before the final act are well done and work within this version of the film. The chemistry amongst the collective group works in certain scenes and, for me, Kate McKinnon’s performance as Jillian Holtzmann was the standout as her character, even though half her moments on screen are reaction shots she still had the most personality out of the group. There’s some lines that are pretty funny in the film and Chris Hemsworth provides at least one of them here with the fish tank/submarine line.

The problem in general I have with this Ghostbusters remake is that it feels lost in itself as it tries too much in paying homage to the original, with the various cameos from original cast members and a certain ghost. Then there’s the comedy beats that feel ‘try hard’, particularly with a chinese takeaway gag that occurs and while Hemsworth’s secretary role provides a few laughs, his character reaches levels of stupidity that makes Lloyd Christmas and Harry Dunne look like geniuses. The films villain can be argued to be the weakest part of the film and easily one of the worst villains I’ve seen in a long time, so one-note and rum ham styled character that is evil because people were mean. The writing/script didn’t work for me at all as the material doesn’t work for the cast overall and definitely this film may be Paul Feig’s worst and I can’t tell whether this is to do with keeping the material to a family-friendly(ish) standard compared to his previous work in Bridesmaids and Spy or if Sony just needed to get this film out as quickly as possible and meet every beat that they needed. The finale is filled with too much CGI that it feels like an eye sore whilst not really having much stakes involved to care about what happens.

The film is harmless yet completely forgettable as a remake/reboot as it spends too much time paying homage to the original, with a terribly weak villain and final act. Kate McKinnon’s character was the only one that worked for me personally. While the film didn’t work for me, it certainly worked for a few others that watched it at my screening.  4/10