Astronaut Niko Breckenridge and her young crew face unimaginable danger as they go on a high-risk mission to explore the genesis of an alien artifact. 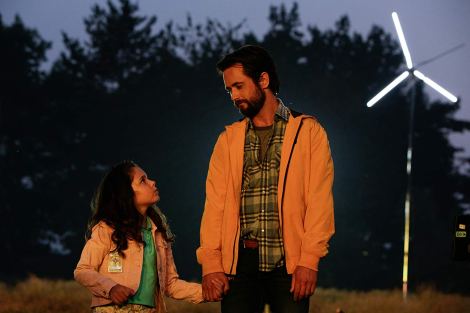 Another Life tells the story of a mysterious alien artifact appearing and landing on Earth. Astronaut Niko Breckinridge, and her crew, are sent on a mission with The Salvare to go into space and investigate the origins of the alien artifact and learn whether they’ll be friend or foe. Meanwhile scientist Erik Wallace, Niko’s husband, is tasked with learning everything he possibly can about the alien artifact on Earth. 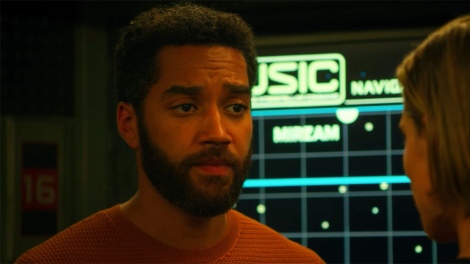 The series is created by Aaron Martin, creator of Canadian series such as teen drama The Best Years and horror anthology series Slasher, whilst also having writing credits in shows such as Degrassi: The Next Generation, Being Erica and Saving Hope. None of these shows I have any particular experience in viewing, other than knowing their genres, which makes Aaron Martin an intriguing figure in bringing forth this sci-fi drama series. The concept behind Another Life is interesting enough, having the audience follow the journey of Niko and her crew searching the galaxy to find answers about the meaning of the alien artifact, as well as follow Erik trying to learn as much as he can about it.

The series primarily falls on the shoulders of Katee Sackhoff’s Niko Breckinridge. She’s the most developed character, as we learn that she’s still suffering from the trauma of a recent spaceship disaster which resulted in her having to sacrificing half her crew in order to save everyone else and now she has to deal with The Salvare crew that will under the command of Ian Yerxa, who Niko claims to be a ‘hot head’ before we met and you can feel the tension immediately when it comes to the life-or-death scenarios that they come across in their mission. Katee Sackhoff gives a captivating performance, providing that steely strength and vulnerability that we know that she can deliver given her previous performances and she is the obvious standout in this series. She’s the biggest personality onboard The Salvare and also the most flawed as she doesn’t make the best decisions or say the best things when in command, as well as learning more about her backstory. Justin Chatwin also gives a good performance as scientist Erik Wallace, who not only becomes obsessed in trying to crack the code to learn more about the alien artifact, he also has to also make sure their daughter Jana maintains the hope that her mother will return home. There’s Arrival-vibes about his plot story this season and definitely feels the more organic in how it plays out. Of the supporting cast, I thought Samuel Anderson provided a really good performance as William, The Salvare’s A.I with a holographic interface that has emotions. Some of the space visuals, as well as the alien artifact design, are very well done too.

The main issue that strikes Another Life is that, especially in the first half of the season, relies way too much on the melodrama. The opening episode wastes no time in having tempers flare, ego battles come into play and we immediately have a mutiny on board The Salvare, leading the audience to question if this really is the best crew that could be put together for this particular mission. What’s worse is that the majority of the crew are so thinly written and created, the only way that they’re given any kind of personality is through superficially created romantic subplots (e.g. the August, Oliver and Javier triangle that takes a direction not many shows would so kudos for being different at least) and body snatching plots. There’s one character in particular that will get most of the audience backlash and that’s Jessica Camacho’s Michelle, as the episodes progress, she’s still at that elevated tempter at maximum level from the opening episode and is easily the most irritating crew member on The Salvare. Selma Blair’s casting was one that I was interesting in and for me she’s the most underdeveloped character in the show. Her character, Harper Glass, is a reporter/social media influencer and when you think they would look into making an interesting arc on ‘influencers’ during this moment of life outside of Earth….forget about it. After the opening episode, there’s so much filler until the last three episodes of the season, with it stating that the ship is in crisis every single time. There’s some creative choices that are irksome, particularly certain scenes or in pivotal moments there’s this zoom technique that just doesn’t work but yet they go to that well multiple times throughout the course of the season. The show is tonally all over the place as it follows every trope/cliche/melodrama and when it comes to the creative decisions behind soundtrack choices for certain scenes, it feels so out of place that it’s jarring. There’s a particular moment towards the end of the season that leads to someone running to save the ship (because that’s 70% of the show) and there’s this French-style techno beat playing and another recurs again later in a fight sequence and, again, jarring.

Another Life is a series that doesn’t really find its footing until the last three episodes, but unfortunately I’m not sure if audiences will be willing to go through the journey of several hours of cliched melodrama and mostly underdeveloped characters to get there. Katee Sackhoff is easily the standout of the series, though the other highlight performances come from Justin Chatwin and Samuel Anderson. It’s a very rocky start, but there’s plenty of potential going forward if the melodrama is kept to a low if renewed for a second season. 3/10