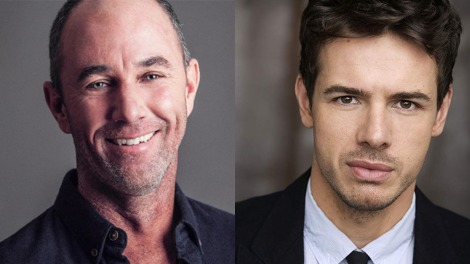 Deadline is reporting that Jamie McShane and Rudy Dobrev have signed up for recurring roles for CBS military drama series SEAL Team.

Seal Team follows the professional and personal lives of the most elite unit of Navy SEALs as they train, plan and execute the most dangerous missions that our country can ask of them.

Jamie McShane (whose credits include Bloodline and The Passage) will be playing the role of Captain Lindell, a hard charging leader who’s dedicated to bringing a new generation of operational adaptability to the Navy’s Tier One Command, and feels no allegiance to how things have been done in the past.

Rudy Dobrev (whose credits include NCIS: Los Angeles and Rex) will be playing the role of Filip, a tough, capable field agent for Serbia’s SIA. Having lived through multiple horrific wars in his homeland, Filip is a world-weary man who is dedicated to preventing the eruption of war again. Equally comfortable in the field or calling the plays from the sidelines, Filip runs covert intel recon with Mandy to provide targeting information for Bravo Team in Serbia.

The series is created by Benjamin Cavell and is executive produced by John Glenn, Christopher Chulack, Sarah Timberman and Carl Beverly.