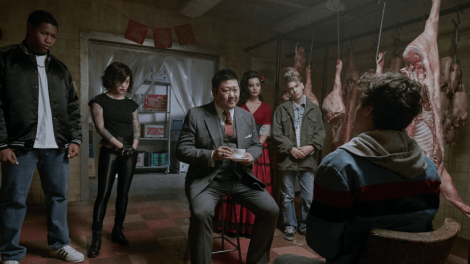 Media outlets are reporting that SyFy have decided to cancel drama series Deadly Class after one season.

Based on the Image Comics graphic novel of the same name, Deadly Class was set against the backdrop of late 80’s counter culture where the story focuses on Marcus, a teen living on the streets who is recruited into Kings Dominion, an elite private academy where the world’s top crime families send their next generations. Maintaining his moral code while surviving a ruthless curriculum, vicious social cliques and his own adolescent uncertainties soon proves to be vital.

Deadly Class was a co-production between UCP and Sony TV, leading to the ownership structure complicating a renewal for the series, though it’s reported that the series didn’t reach strong enough viewing numbers to warrant a second season. Sony Pictures TV will be shopping the series to other networks.