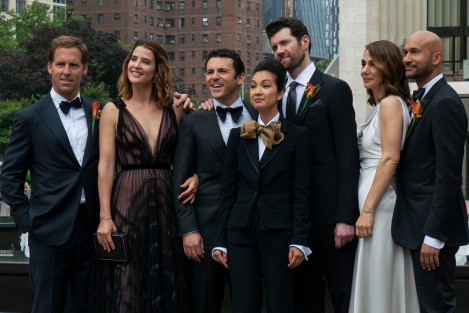 Media outlets are reporting that Netflix have decided to cancel comedy series Friends From College after two seasons on the streaming service.

The first season focuses on a group of friends from Harvard that are facing life in their forties, looking at old friendships, former romantic entanglements and balancing adult life with nostalgia for the past. The second season was set a year after the events of the first, with the group getting back together for Max’s wedding.

Friends from College will not be returning for a third season. Thanks to everyone who watched it. Happy Presidents’ Day!