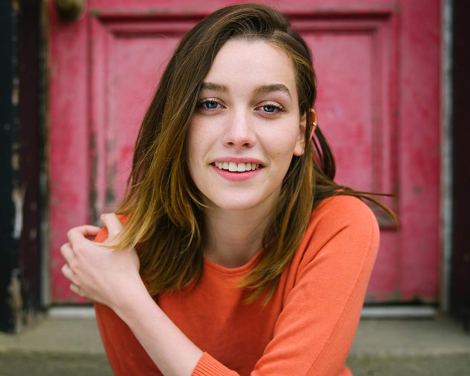 Deadline is reporting that Victoria Pedretti has signed up to play the female lead opposite Penn Badgley in the upcoming second season of Netflix’s psychological thriller series You.

The synopsis for the first season is as follows:

When a brilliant bookstore manager crosses paths with an aspiring writer, his answer becomes clear: anything. Using the internet and social media as his tools to gather the most intimate of details and get close to her, a charming and awkward crush quickly becomes obsession as he quietly and strategically removes every obstacle – and person – in his way.

Victoria Pedretti (whose credits include The Haunting of Hill House and Once Upon A Time In Hollywood) will be playing the role of Love Quinn, an aspiring chef working as a produce manager in a high-end grocery store. Love is uninterested in the world of social media, branding and self-promotion, focused instead on leading an interesting life. She is also tending to a deep grief — and when she meets Joe Goldberg (Penn Badgley), she senses a shared knowledge of profound, life-changing loss.

The television series is based on the novel by Caroline Kepnes, developed for television by Sera Gamble and Greg Berlanti. You originally launched as a Lifetime series, with Netflix as SVOD/international partner. This upcoming second season will see You became a Netflix original. Greg Berlanti serves as an executive producer on the series alongside Sera Gamble, Sarah Schechter, Leslie Morgenstein, Gina Girolamo and Marcos Siega.

13 responses to “You: Victoria Pedretti Cast As Female Lead For Season 2”