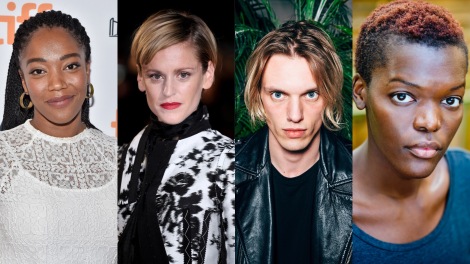 The untitled project from Goldman and Martin is set to take place thousands of years before the events of Game of Thrones, being described as chronicling “the world’s descent from the golden Age of Heroes into its darkest hour. And only one thing is for sure: from the horrifying secrets of Westeros’ history to the true origin of the white walkers, the mysteries of the East to the Starks of legend… it’s not the story we think we know.”

The report also states that Marvel’s Defenders and Jessica Jones director SJ Clarkson will be helming the pilot and also serve as executive producer. The new additions will join already cast Naomi Watts and Josh Whitehouse.

The Goldman/Martin project was one of the five Game of Thrones prequels announced to be in development at HBO last year, with the other projects hailing from Max Borenstein, Brian Helgeland, Carly Wray and Bryan Cogman. Jane Goldman will serve as showrunner on the project, serving as executive producer alongside George R. R Martin, Vince Gerardis and Daniel Zelman.