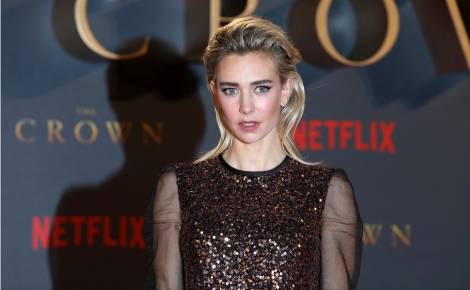 Variety is exclusively reporting that Vanessa Kirby is in final negotiations to star alongside Dwayne Johnson and Jason Statham in the Fast and Furious spinoff Hobbs And Shaw.

Since he was introduced to audiences in the fifth installment in the Fast and Furious franchise, Universal has been eyeing a spinoff for Dwayne Johnson’s character Luke Hobbs for years now and due to the reaction of his chemistry with Jason Statham’s Deckard Shaw, particularly in the last installment Fate of the Furious (number eight), has caused the studio to pull the trigger and create this spinoff that’ll see the two of them team up somehow. Actual plot details are vague at the moment but we do know that Chris Morgan, who has been on board the franchise since the Tokyo Drift entry, is penning the script. It was confirmed back in April that Atomic Blonde and Deadpool 2 director David Leitch would be helming the spinoff.

The report from Variety states that Vanessa Kirby (whose credits include The Crown and Mission: Impossible – Fallout) could be playing the role of an MI-5 agent and Shaw’s sister.

Hobbs And Shaw is scheduled for cinematic release on the 26th July 2019.

8 responses to “Hobbs And Shaw: Vanessa Kirby In Talks To Join Cast For Fast And Furious Spinoff”