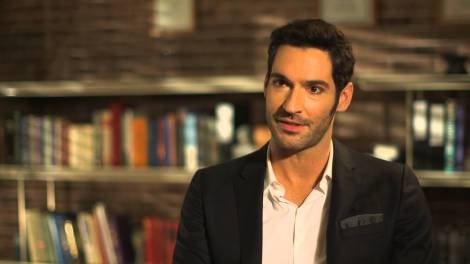 Media outlets are reporting that DC drama series Lucifer has been picked up by Netflix and will become a Netflix Original for its fourth season after its recent cancellation from Fox.

The series (based on the comic book characters created by Neil Gaiman for DC’s Vertigo Imprint, Sam Kieth and Mike Dringenberg for Vertigo) focuses on Lucifer Morningstar aka the Devil, who is unhappy and bored as the Lord of Hell. He resigns the throne and abandons his kingdom for Los Angeles, where he ends up owning a nightclub called Lux. Once he’s involved in a murder case with Detective Chloe Decker, he is subsequently invited to be a consultant for the LAPD.

The pickup from Netflix comes just as the options to keep the Lucifer cast were about to expire at the end of today. Since the announcement came out from Fox that Lucifer was being cancelled after three seasons on the network, there was strong fan support to find it a new home (the #SaveLucifer campaign), leading to the shows producer, Warner Bros. TV, shopping the property to streaming services and other cable networks a month ago. The reports state that there was multiple interested buyers, including Netflix and Amazon. The deal took a while to be struck, mainly because the US streaming rights for the first three seasons are owned by Hulu, and the series also has multiple networks/platforms in the international markets, with Amazon streaming the series in the UK and Germany. The Deadline report on this story states that it’s now expected that Netflix will be streaming the series in the UK.

2 responses to “Lucifer: Netflix Picks Up Series For Season 4 After Fox Cancellation”