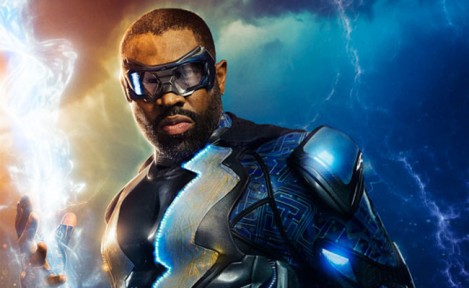 The CW have released a first look trailer for their upcoming DC drama series Black Lightning.

The story of Black Lightning focuses on Jefferson Pierce, a man who hung up the suit and his secret identity years ago but with a daughter hellbent on justice and a star student being recruited by a local gang, he’ll be pulled back into the fight as the wanted vigilante and DC legend Black Lightning. The character was created by Tony Isabella and Trevor Von Eeden for DC Comics, making his debut in 1977 and was one of the first major African-American superheroes in the comics. His two daughters also would follow in his superhero footsteps, with Anissa Pierce aka Thunder and become a member of the Outsiders, while Jennifer Pierce aka Lightning would be recruited by the Justice Society of America.

The trailer gives a look at how Black Lightning will dynamically be different from the rest of the DC shows on the CW network as the bond of family is what drives this entire trailer. The suit also is growing up me. Black Lightning stars Cress Williams, Nafessa Williams, China Anne McClain and Christine Adams.